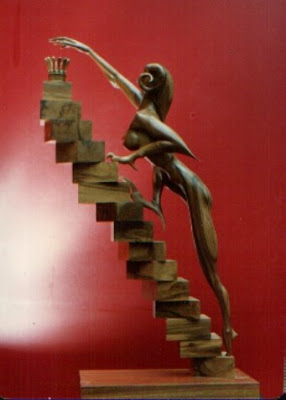 Everyday me and my team goes to cafeteria for the Coffee in the evening. We discuss many things other than the project work. I personally believe that this is a recreational activity which relaxes our brain.
That day one of my team mate cleared one exam and he offered sweets to us. He was very happy on his success.
I was just looking at him and I was thinking that what is success?
In our life we try to achieve something, and we put our efforts achieving that. Some people get what they want and some people die trying achieving what they want.
Than can we say that person who achieve whatever they want is a successful and person who couldn't achieve what is wanted is unsuccessful.
Lets take an example of a person who has worked for his family, he never did what he wanted, he never followed his passion, but he lived with the resposibility. He raised his children. He took care of his wife. Eventually he got old. His wife become sick. He looked after his wife in her sickness. But he couldnt save his wife. His children left him. Now he is alone.
Can we say that this man is successful?
at March 12, 2008

Email ThisBlogThis!Share to TwitterShare to FacebookShare to Pinterest
Labels: Philosophy

Had an amazing yoga session today after two weeks of gap. Feeling really rejuvenated. I am feeling again connected to my body. #gratitude ...

Abhijeet
Take up one idea. Make that one idea your life--think of it, dream of it, live on that idea. Let the brain, muscles, nerves, every part of your body, be full of that idea, and just leave every other idea alone. This is the way to success, and this is the way great spiritual giants are produced. Others are mere talking machines.

All the texts contents are property of IDEAFEST Blog.

All the images in the posts/articles tagged with Photography are copyrighted and are property of IDEAFEST Blog.

Note: Some images or videos shown here are property of their respective authors and are covered by their own license terms.